Held at the Tony Chi and EPR Architects-designed Rosewood London and organised by Hospitality Interiors, the guestlist included the great and greater of the design world, with the leading names of interiors sidling up to hotel decisionmakers.

Brands, groups and studios from as far afield as Shanghai and Los Angeles were represented, with official design supporters – beyond the programme – including the likes of David Collins Studio, Dexter Moren Associates, Afroditi Krassa, Goddard Littlefair, Stylt Trampoli and Wilson Associates, among a host of others and alongside restaurateurs, premium suppliers, analysts and operators such as IHG, Accor, Four Seasons Hotels and Resorts, Celebrity Cruises and Shangri-La Hotels and Resorts. 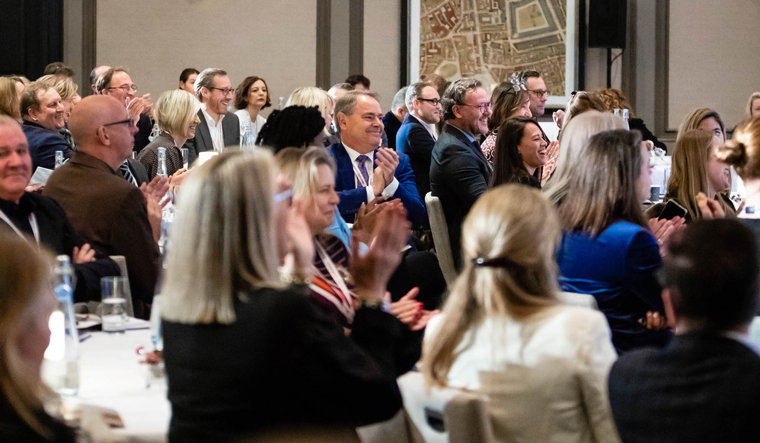 With delegates descending on High Holborn from across the globe, the energy was buoyant for the standing welcome breakfast (an opportunity to greet familiar faces and make new connections) while there was a sharp sense of anticipation for the day’s proceedings – the already-released programme setting a high bar of expectation, thanks to the stellar line-up of high-wattage speakers.

The Rosewood London location was particularly apt, representing a hotel group undergoing rapid expansion but also with a progressive, original and region-centric approach to design – a leader (and arguably risk taker) in the field hosting leaders in their own respective fields, a myriad noted risk takers among them.

Before the day’s panel sessions commenced, Filip Boyen, CEO of Forbes Travel Guide, delivered a rousing keynote address and conferred the importance of the guest experience. “Truly amazing design is about and for people,” he explained. “Service standards need to flow in tandem with interiors and, of course, that doesn’t happen by accident,” he continued, a rallying cry to the designers in the room to put the end user foremost in their thinking. With the most five-star ratings from Forbes Travel Guide, Boyen noted that Four Seasons Hotels and Resorts is leading the way.

“Design has to feed into the overall experience,” said William Mackay, agreeing with Filip Boyen’s opening volley, “and it’s also important to articulate who the audience is through that design.”

“Which is why localisation is important,” continued Graham Kiy. “Any hotel must embrace and be a part of the community.” 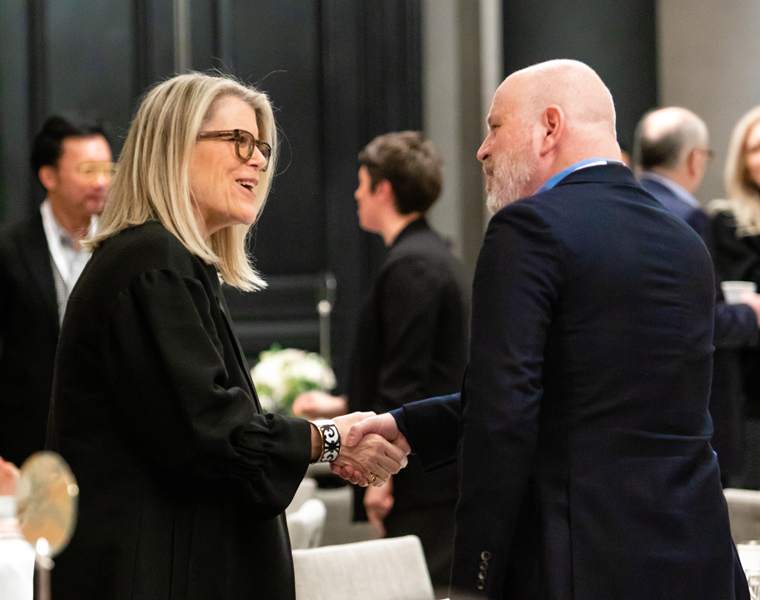 Remarking that design is ultimately a purposeless exercise if it lacks the soul or intimacy that comes from genuine interaction, Simon Casson highlighted Four Seasons’ impressive track record in aligning world-class interiors with benchmark-setting service standards: “The quantum leap from good to great is human.”

As for their own inspired ideas, they all agreed that in an age of multi-purpose spaces, changing work and social habits and evolving perceptions of hotels, it is time that lobbies became a focus as revenue-generating, identity-building areas.

As one of the most recognisable names in the industry, Marcel Wanders has long straddled both interiors and product design, conceiving and realising spaces – and the pieces that fill them – with his trademark flamboyant style. Equally, as one half of Barber Osgerby, Jay Osgerby has cemented a reputation as a multidisciplinary success, his background in product development leading to the founding of interiors and architecture practice, Universal Design Studio. Joining Benjamin West MD Daniel Englender, the duo explored the marriage of convenience between interior designers and product brands (such as Laufen and Axor) while emphasising the common desire for designers to expand beyond niches writ large. 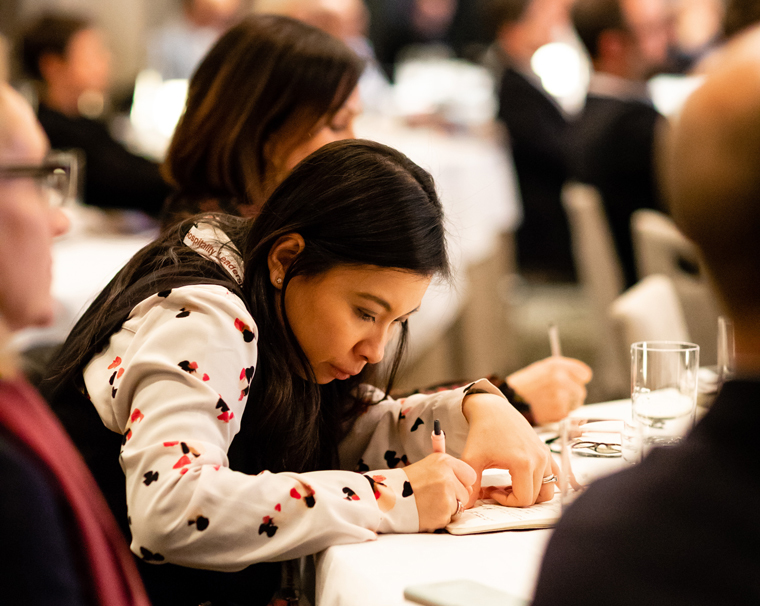 “I like to challenge the silos we’re put in as creatives,” said Jay Osgerby, using his own work as an example of diversity, yet also indicative of how a defined vision and aesthetic can be deployed in multiple ways.

“It’s why designers can build brands,” agreed Marcel Wanders. “Creating a product is creating a letter. Creating an interior is creating poetry with letters.”

Harry Handelsman, founder and CEO of Manhattan Loft Corporation, William Anderson, CEO of Half Moon Bay Antigua, and Grace Leo, president and CEO of Grace Leo Consultancy are, as owners – and in Leo’s case also the hand that steer owners – perhaps the first rung on the hotel ladder. Their properties ultimately provide the platforms for ground-breaking hospitality design, but they also have their own set of priorities, which sometimes diverge from the studios with which they collaborate.

“One of the things I most often hear from designers is that owners are difficult,” said moderator Harry McKinley, a journalist and consultant in the industry, “that they are cost-obsessed, risk-averse and sometimes fail to see the commercial benefits of good design. Are they right?”

“Ultimately it’s all about the relationship between owner and designer,” said Grace Leo.

“If there’s a shared sense of values and similar approaches then there needn’t be those points of tension, because both are charting the same course together.”

One thing all agreed on was that while ‘big-name’ designers provide a certain kudos to a project, each are open to partnering with less tested names if it means a more creative, more original and more dynamic end result – William Anderson highlighting his work with a relatively pre-fame Piet Boon, and Harry Handelsman with Space Copenhagen, before the studio garnered the attention it currently enjoys.

Having recently departed HBA, moderator Constantina Tsoutsikou opened with the announcement of the upcoming formation of her own studio, neatly titled Lost. She was joined by: Emma King, head of interior design at IHG; Damien Perrot, global senior vice president design, Accor; and Joey Goei-Jones, design manager at GLH Hotels.

“The relationship between owner, operator and brand is about trust and is, in many ways, a modern love story,” said Damien Perrot, to chuckles from the audience. He described why hotel groups in particular need to adopt novel thinking in their approach to design if they are truly going to capture the hearts and minds of guests, citing his own lack of design training but explaining that he was offered his position thanks to a combination of passion and fresh, disruptive ideas. 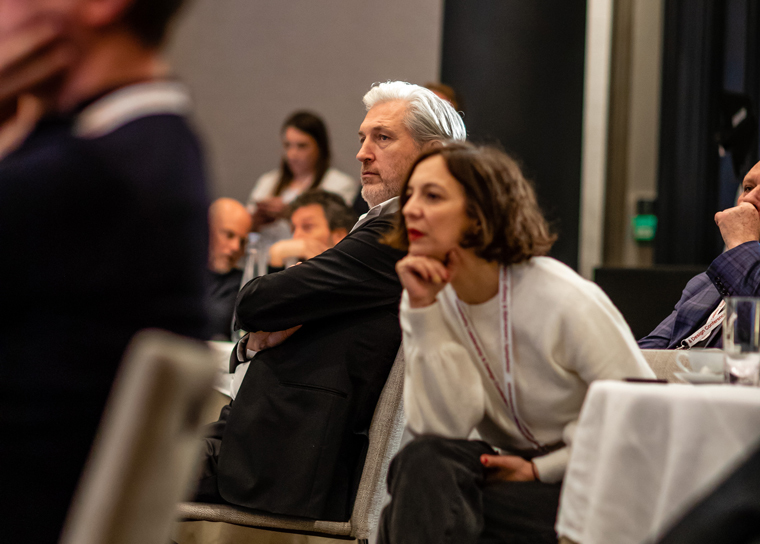 “It’s why I’ve been rewriting the brand handbooks at IHG, to add more flexibility,” continued Emma King. “Likewise, having a design partner with local knowledge, for example, is gold dust, because they bring thinking informed by the market.”

For Joey Goei-Jones, hotels must shake off the fixation with demographics: “Now, instead of different people, we think of different ‘modes’ and ask, does this hotel deliver for work, play and sleep, the different dimensions of a single hotel experience?”

“How many of you have been on a cruise?” opened Lisa Lutoff-Perlo, president CEO of Celebrity Cruises. A tepid response from the audience demonstrated why it is incumbent on her own organisation to change minds about what it means to vacation on the sea in 2020, she opined.

Part of shifting perceptions means shifting reality, of course, which is why Celebrity Cruises partnered with titan of the design world, Kelly Hoppen, on interiors for its latest vessels. “I had an outdated idea of cruising myself,” laughed Kelly. “But even with all of the constraints of working on a ship the team never said no, but instead, ‘we’ll figure it out’.”

The result is a sense of aesthetics that challenges preconceived notions. “We’re modern luxury,” continued Lisa Lutoff-Perlo, “sophisticated but not stuffy.”

Along with moderator Can Faik, Kelly Hoppen and Lisa Lutoff-Perlo were joined by Filip Boyen of Forbes Travel Guide, who made the first and exclusive announcement that the guide’s rankings will soon be expanded to cruise ships – recognising the leap the sector has taken in recent years, spearheaded by the likes of Celebrity Cruises.

The session ended on an inspiring note, with Lisa Lutoff-Perlo elaborating on Celebrity Cruises’ commitment to diversity and equality, and encouraging others in the room to demonstrate an equal commitment. On the issue of gender, women represent just 2% of the world’s 1.2 million seafarers, while the steps that Celebrity Cruises has taken to bolster equality mean that now 22% of its bridge teams fleet-wide are women, rising to 30% for its newest ship, Celebrity Edge.

In what was a spirited and layered session, all three designers acknowledged the comparative instability of the world at large and how global forces in politics, the environment and consumer behaviours are shaping, and quickly reshaping again, the design landscape.

“We have to be nimble,” said an engaging and candid Margaret McMahon. “At my own studio we have to make quick decisions and also have the ability to pivot quickly when we feel the winds changing. Where we haven’t got it right in the past, it was because we didn’t react fast enough when things weren’t going as expected.”

Ed Ng was equally sincere in his responses, but fundamentally optimistic, invoking the meeting of the characters for danger and opportunity in the Chinese word for crisis: “So, for me, a crisis is just that, an opportunity to regroup, re-strategise and look for the positive in a problematic situation, whether it’s a global or regional hurdle.”

When asked by an audience member how design can respond to new models in the industry, particularly the likes of Airbnb, Beth Campbell said she believes we have already reached a tipping point.

“What seems disruptive now is inevitably going to become the norm,” she expounded. “So, of course, we have to respond to that and consider innovative ways of doing things. Hotels have a great part to play in shaping how we live, work and socialise within communities.”

Following a morning and afternoon of engaging discussion, punctuated by informal but productive networking events, sponsor Veuve Clicquot ensured the conversations continued beyond the stage with a standing champagne reception. The lively meeting of speakers and attendees persisted until ‘lights up’, with many lauding the event – from the calibre of chat to the dynamic audience of fellow international industry peers. 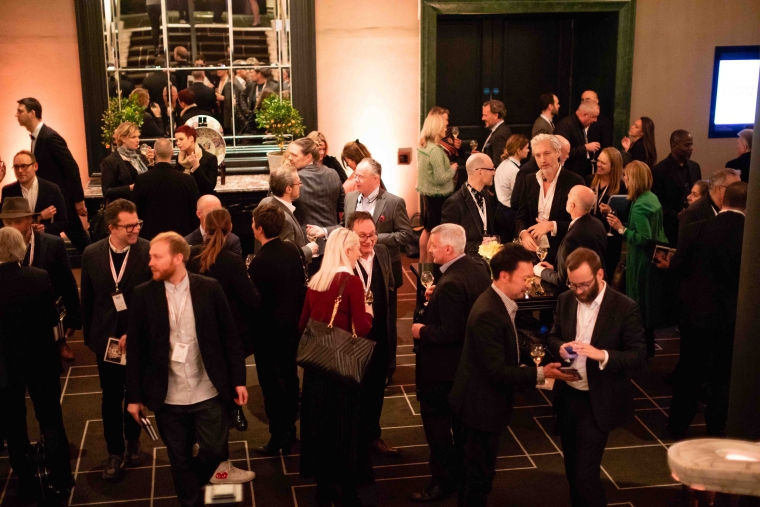 The success of the inaugural HLDC in London marks the launch of a series of global events, with Can Faik announcing during his closing remarks that a 21st of May event is to follow in New York City.

The event will emulate the quality and stature of speaker demonstrated in London, but propose new questions and threads of conversation, ensuring HLDC is at the vanguard of pioneering thought and challenging debate within the industry.

A further HLDC is planned for Dubai later in 2020 and, with chatter still rife around the success of London and anticipation for NYC building, further details will soon be announced for what will be an unmissable occasion on the design calendar.